Country risks for the irrigation sector - by Dr Terry Heiler 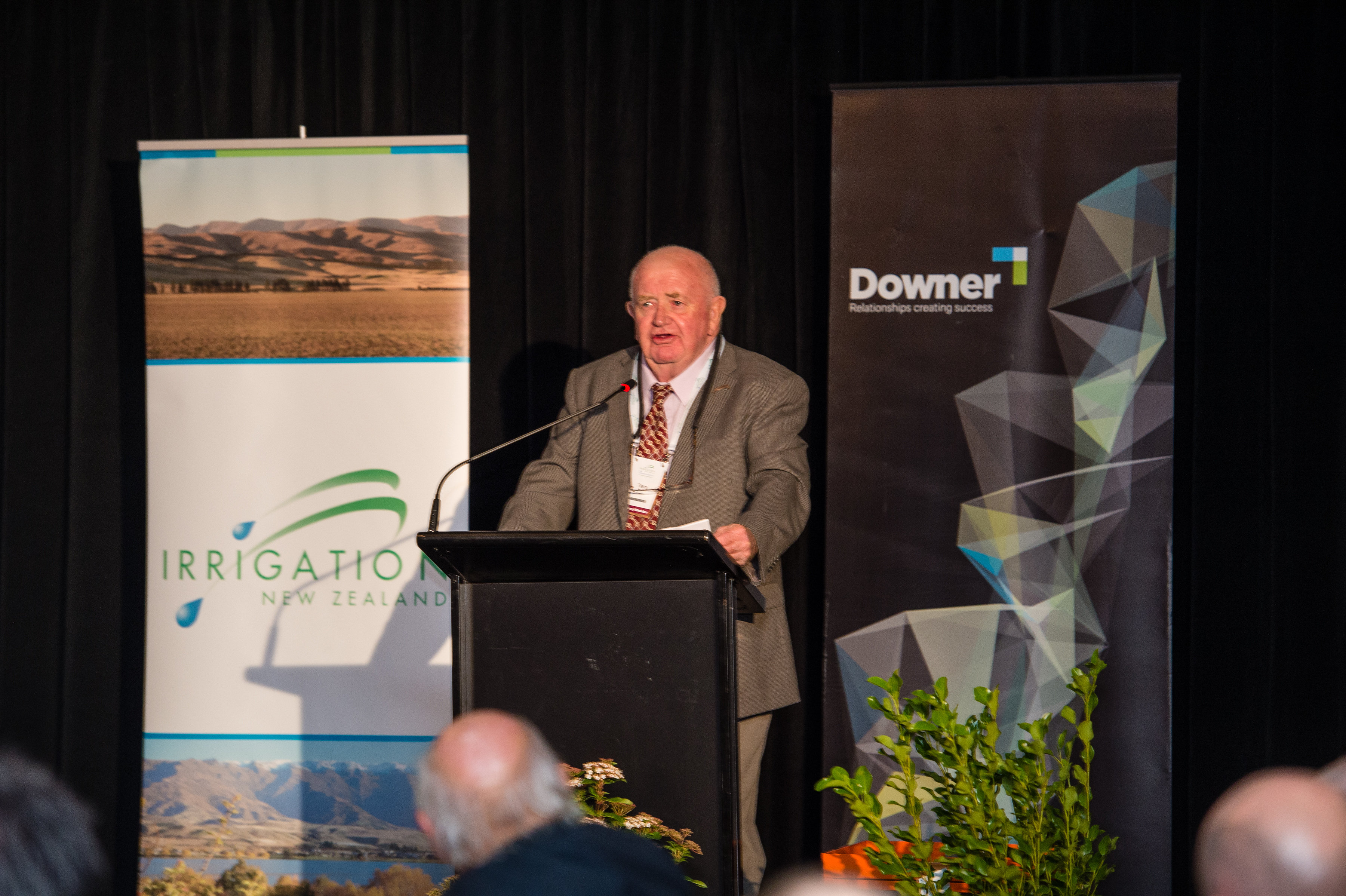 Dr Terry Heiler’s career in water management has spanned 50 years and has seen him working in over 20 countries. He is a recipient of the Bledisloe Meal from Lincoln University, the Crawford Reid Medal which is given to individuals who have significantly advanced irrigation techniques outside of the USA. He is a former Chief Executive of IrrigationNZ.

Actions taken at the national level by governments can introduce two types of risk to the irrigation sector – sovereign risk and political risk. Let’s look at how these might arise. The traditional use of the term “sovereign risk” has been to describe the risk of developing countries defaulting on foreign exchange currency debt to banks of developed country governments. However, when there are national security issues involved, sometimes linked to possible conflicts between jurisdictions regarding share of water resources, a special type of sovereign risk can develop.

In the Indus basin on the Indian subcontinent, treaty agreements between the governments of India and Pakistan determine the security of water supply to vast areas of irrigated land on which the food security of each country depends. In recent times the Indian government has proposed to construct a series of hydroelectric storages on rivers that are important for the irrigation sector in Pakistan. Any changes to government policy in India on this issue represent a significant sovereign risk to the agricultural economy of Pakistan. A similar situation exists in Uzbekistan and Tajikistan in Central Asia. The Tajik government wants to construct a massive hydroelectric storage on the international waters that service both countries. This development would put at risk the irrigated agricultural economy of Uzbekistan and the conflict was identified as a possible reason for the first water war of the new century.

Closer to home, in the Murray Darling Basin in Australia four sovereign states use the water within the basin – New South Wales, Queensland, Victoria and South Australia. The rules that determine water allocation are developed by the Murray Darling Basin Commission, and are binding on all of the four states. Recently the federal government of Australia has changed the rules on how water is allocated within the basin. These changes are now a major unforeseen risk to the agricultural economies within each of the states, and are a result of decisions made external to the parties involved.

New Zealand is in the lucky position of not having to depend on international waters within its own jurisdiction. So you would expect that New Zealand should have less of a problem when allocating water between the various sectors that have an interest in our water resources. The sovereign risk described above is not relevant. We all know, however, that we have serious problems in reaching a consensus as to how to balance the needs of the environment and the social fabric dependent upon the economic use of our water resources.

Why? Where there is in-country conflict, as there clearly is in New Zealand between environmental groups and the agricultural sector, there is the potential to utilise this conflict to advance political positions. The result of this is continually changing rules and regulations on the allocation and use of water resources. This type of risk can be called “political risk.” For the parties involved in allocating and using water this creates a risk additional to any other non-controllable risk faced by the sector – for example pests and diseases, biosecurity, extreme climatic events and developments in the international market places that we service.

During the last election campaign the new Government signalled that changes were planned to the allocation and use of our water resources. This signal has resulted in both water users and local and international investment interests changing their perceptions of risk. It seems that the water conflict within New Zealand society has become a political football, to be utilised in the adversarial contest of our three yearly election cycle. Long term plans are needed to efficiently move forward in the development and management of our water resources.

THE WAY FORWARD FOR NEW ZEALAND

What we clearly require are consistent policies and some higher level of bipartisan agreement on the direction of travel within the water resources sector. The nature of the sector is such that long-term planning, monitoring, and adaptation within a consistent set of agreed objectives, are essential requirements to meeting these objectives. My first wish is to see some attempt to disassociate these longer term development issues and problems from the crazy horse trading that seems to be associated with the political game we play every three years. The direction of travel must include the aspirations of the community as a whole about the quality of our natural resources and environment; but equally it must also clearly include community targets for economic development. New Zealand has and is making progress in this direction. The Land and Water Forum has been a brave attempt to develop a consensus, outside of governmental direction. But it has floundered. The main reason is lack of agreement across the political spectrum. This has allowed special interest groups to disengage from the process. At a local level the Canterbury Water Management Strategy is an exciting experiment that is designed to reach a balanced community consensus on the allocation and use of the water resource within the region. In many ways, this work is at the front end of international attempts to resolve these difficult issues.

My second wish is that the lessons we have learned from the Canterbury Water Management strategy activity, and from the promising start to the Land and Water Forum, can be taken up by all sides of the political spectrum as a way forward to resolve our current impasse. Essentially, it is in our hands whether we make progress in resolving these issues or not. We are not dealing with international waters in New Zealand, we are not subject to the actions of other states, this is a “do-it-to-yourself ” environment. The rewards of getting it right are very significant. The rewards are intergenerational. As long as we have adversarial conflict over water, the opportunities for New Zealand to sustainably maximise our to sustainably maximise our potential in agricultural food production will not be realised. In discussions with irrigating farmers, the biggest risk outside of their control, as they see it, is the political risk of continually changing rules and regulations around water resource use. I suspect that this risk is felt equally by the environmental groups.

There is great interest from international investors I have spoken with in becoming involved in New Zealand irrigated agriculture. But the question of political risk in the sector is often raised, because their shareholders are looking for long-term certainty around income. Irrigation allows greater productivity and supports more job opportunities.

Discussions around water allocation also allow the community to come forward and state what environmental protections they want to have in place. But without certainty that everyone will stick to agreed decisions in the future, is there any point in starting the discussion? It is not so much uncertainty about what we’re doing, but uncertainty as to what we might do under the current arrangements, that is stopping us from realising many opportunities.