Tips on improving water use from Taranaki farmer 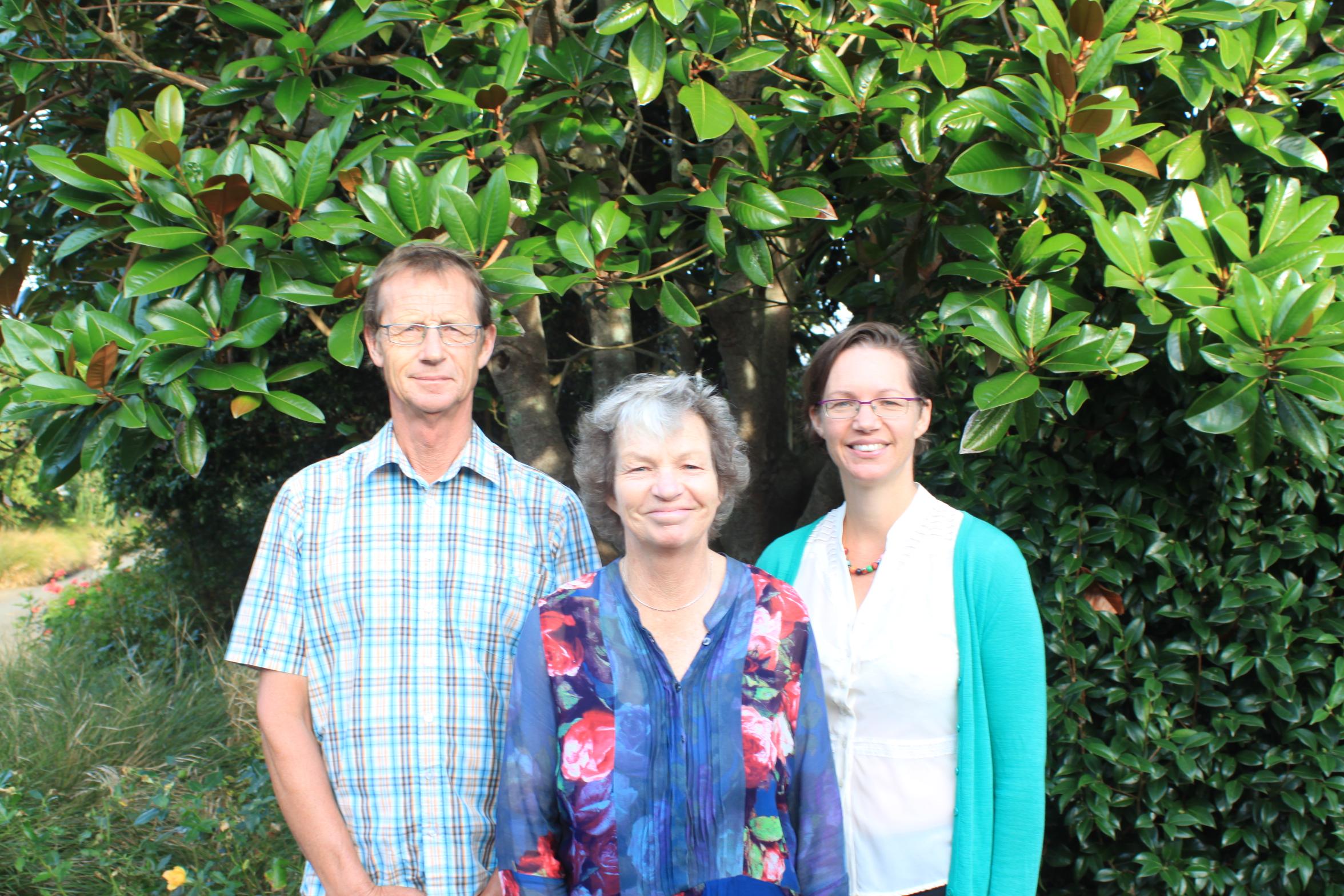 The Gibbs family of Manaia won the Taranaki Ballance Farm Environment Award. Dairy farmers Grant, Dinny and their daughter Leedom Gibbs were recognised for their work to encourage biodiversity and their conservation efforts.

Half of the farm is irrigated with two centre pivots and it also contains a wetland. Water for the irrigation system is taken from the Waiokura Stream and stock water comes from the Waimate West Water Scheme. The property contains an abundance of tree species chosen to suit their coastal environment. All rivers, streams and drains have been fenced and riparian zone planting is almost finished.

The Gibbs’ dairy farm at Manaia has a contract milker and milks 435 cows at a stocking rate of 3.56 cows per hectare. The herd produced 166,000kg milksolids last season with yield figures of 1360kg/ha and 393kg/cow. The potential for cliff erosion on the sea boundary has been recognised and plans and plantings have been made to mitigate it. The judges said the Gibbs farm was an impressive business built on an extremely tidy and functional property.

We spoke to Leedom Gibbs who supervises the farm about how she manages the property and her irrigation.

What advice do you have for other irrigators about managing your water use efficiently?

Leedom: Our take is dependent on the residual flow in the river. It’s inevitable that we will have to turn our irrigation off in the summer in the years when we need it most because the stream is ground-fed.

What we’ve come to realise is that the best way we can manage our irrigation when we have to turn it off – which is most years – is to grow as much grass as we can under the irrigator while it is running. We switched from using a 16 day grazing rotation under the irrigator to a longer rotation, say 30 days. We did this this year and we had grass for a month after we turned off the irrigators. It’s all about growing the third ryegrass leaf. At its fastest ryegrass can grow one leaf in eight days. On a 16 day rotation length you can only grow two ryegrass leaves and you miss out on 50% of the growth that could occur, since 50% of the growth will be in the third leaf. If you slow the irrigation cycle down to 30 days you will grow more grass. When its dry in the summer we want to have as much grass coming up in front of you as you can for when we have to switch the irrigators off.

What other tips do you have for farmers wanting to improve their environmental performance?

Leedom: We have a consent to discharge to water from our effluent ponds and we have this until 2026. But we don’t use it. Instead we spread our effluent to land because we see it as a valuable resource and we don’t want to pollute the environment. I haven’t been around that long on our farm but my Dad has been spreading the effluent to land for a long time and he thinks it has completely transformed our coastal block that it is sprayed onto. The effluent is full of nutrients and I’ve seen the difference it makes to paddocks and it’s really incredible. Why would you flush it away?